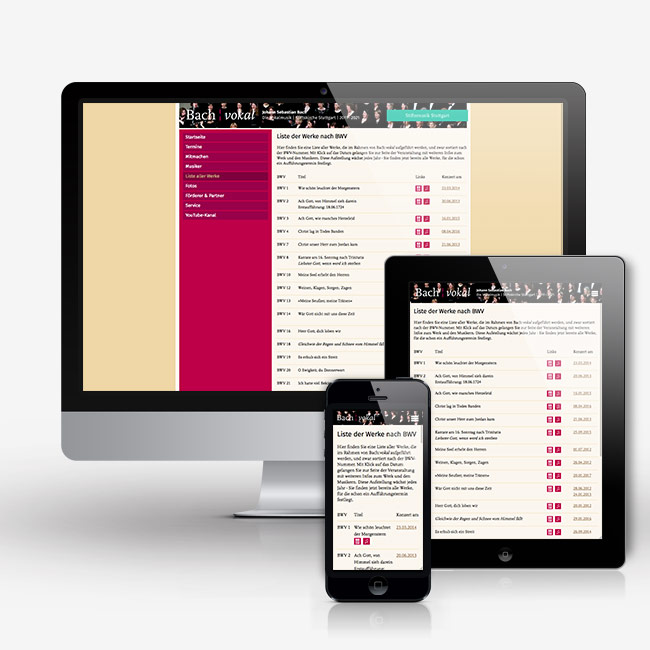 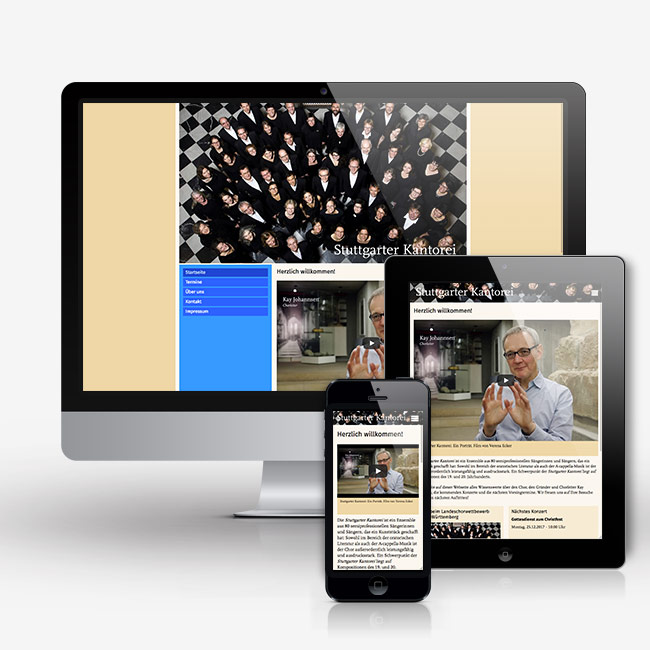 Based on the design for the Stiftsmusik Stuttgart we developed the website for their 10-year project Bach ¦ vokal and a sister site for the Stuttgarter Kantorei. All three sites were initially built in 2012 and received a visual facelift plus responsive design in 2016/2017.

We use cookies to ensure that we give you the best experience on our website. If you continue to use this site we will assume that you are happy with it.OkNoRead more